We’re happy to finally be able to release the Alpha 3 version of Academia : School Simulator.  It’s been more than a year since Alpha 2 came out, so let’s recap a few of the major updates we made since then!

Since Alpha 2, we added the Music Room, the Science Room, the Basketball Court, and many other new zones.

Kind of a boring sounding update, but this is definitely one of the most important things for a simulation game, since it helps you keep an eye on what’s going on in your school!

We added research to help you run your school better, and achievements for you to shoot for while playing the game!

Students now fall in love or can be rejected, and this affects their motivation! 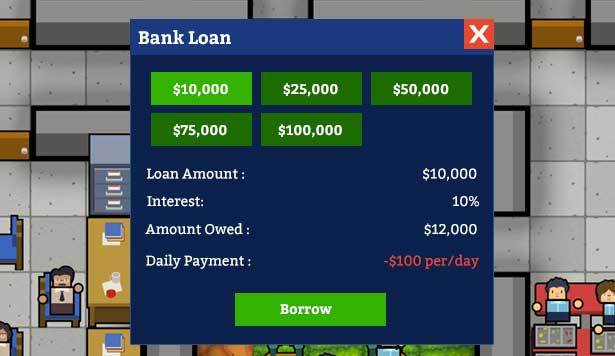 Mismanaged your school? Hire an accountant and take out a loan! 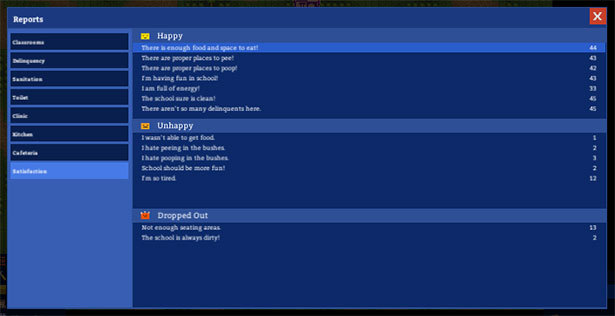 Our major game mechanic for Alpha 2, the satisfaction mechanic added some much needed tension to the game.  If you don’t run your school well and satisfy the students, they may drop out!

Those are only some of the stuff we added since Alpha 2. Feel free to check out our old updates to see what else we’ve been up to.

To prepare for Alpha 3, we wanted to spend most of the month making sure the game was as bug-free as possible (fingers crossed!)  But of course we still wanted to add a couple of new things for you all.  Check out what we’ve added this month: 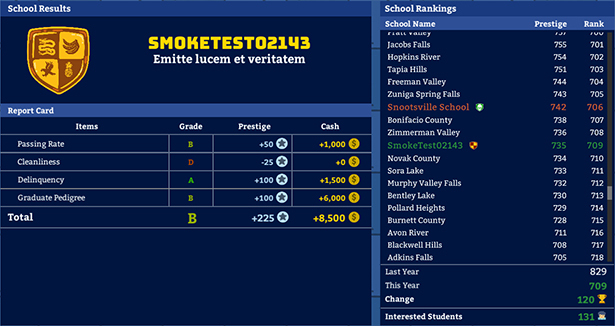 You now have a rival school to compete with every year.  Try to beat your rival school every year! The effect right now in the game is that it unlocks a couple of achievements, and sometimes your students will leave for the rival school.  We will add more to this mechanic in the future.

The Zones, Build, Objects, Logistics, Planning, and Staff Menus have been given a major overhaul.  You can now scroll through the menu to look for objects, or simply type for the object you’re looking for in the search bar.  We also added a “Frequent” category in the Objects menu where you can find the most commonly used objects.

More achievements for those that love them, and new grants to reward folks that achieve them. What’s not to like?

It’s been brought to our attention that our students don’t have much racial diversity.  We’ve added new skintones to the game to address this.  Note that this only affects new students, so if you have an old save you will have to wait until the start of the new year.

We’ve improved the fences so that they no longer connect with the walls, and added some new fences for you to choose from!

We have made adjustments to the grants and rewards to make the game a little more balanced.

We balanced the game so that you can only hire higher level teachers as you increase in rank.  This is still up for balancing so let us know what you think.